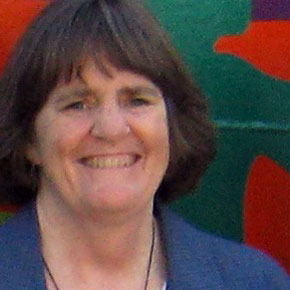 Well, I was actually raised in an unchurched family, but it was a family with a lot of ethical depth. I ended up going to look for a spiritual home when I was in high school and developed a very strong connection to a UCC congregation. Through that congregation I ended up feeling a call to ministry. My call to ministry was reconfirmed in various settings along the way, but ultimately, I think it had to do with being able to work with people and communities where I would have the opportunity to touch the deeper dimensions of life and make a difference in the world.

When I started feeling a call to ministry in high school, I became interested in eventually going to seminary. As an undergraduate, I started out in religious studies, but I eventually grew away from a more traditional Protestant understanding of Jesus. I ended up in majoring in human biology for my undergraduate degree, which was another way of “isn’t life amazing and how does it all work?” It wasn’t until after I graduated and was working that I started meeting Starr King students and was very impressed. I realized that there actually was a theological school near where I lived that would be theologically open to a questioner like myself. By that point I had also figured out that I was lesbian. This was in 1979 and Starr King was welcoming to people from a variety of paths. When I went to Starr King, I wasn’t expecting to end up in Unitarian Universalist ministry. At that time there weren’t any openly lesbian ministers serving in Unitarian Universalist congregations; plus I was brand new to Unitarian Universalism. I kept my day job with reduced hours while in school so as to make sure I didn’t graduate with a lot of debt. But over my four years of study, I woke up to the power and the potential that was there, and doors were starting to open that would allow me to be able to serve. So it was definitely a pivotal choice and transformative process for me to be able to be a Starr King student and eventually end up in Unitarian Universalist ministry.

How did your religious leadership take shape after graduating from Starr King?

Well, I was very fortunate that during my time at Starr King I ended up as a student intern minister at the First Unitarian Church of Oakland. With The Rev. Rob Eller-Isaacs as my supervising minister and with this small growing congregation, I had the opportunity to utilize the organizing skills that I had developed in my work life and learn how to bring those together with religious leadership. I got a lot of encouragement from the congregation, and I was also very fortunate that the Unitarian Universalist Association was actively trying to address the challenge that openly gay/lesbian/bisexual ministers – transgender ministers were not yet included – faced in being called to a congregation. When the UUA suggested that I serve as an extension minister in San Jose, a center city church but also quite small at the time, I was essentially an affirmative action candidate. Fortunately, the congregation was willing to take a chance on me. And so one thing led to another and I ended up serving there for 17 years—we grew the church, rebuilt after a major church fire, started a Spanish-speaking ministry and the companion Third Street Community Center which is still housed in the building.  By staying in one place and serving in many different ways as the church grew from a very small to a mid-sized church, I was able to learn and grow as a minister.

After serving there for 17 years I felt that, even though I love the people, the congregation and the work, it probably didn’t make sense to stay there forever. So I decided to take a break and see what kind of call came to me next. I ended up accepting an invitation with the Unitarian Universalist Legislative Ministry of California to become their Executive Director. My role was to grow the concept of the organization, implement it, and help the dream of the founders become a reality.  What a wonderful and amazing opportunity. It gave me a chance to take my interest in effective justice ministry and figure out how to build bridges and collaborations to strengthen justice ministries statewide. I stayed there 10 years, until I needed to resign to take care of an elderly parent and work in a capacity with less travel. After leaving UULMCA, Ian Slattery and I did have the chance to finish making a film Thirsty for Justice: The Struggle for the Human Right to Water, which was another avenue through which to create justice ministry and help make change.

Why did you decide to serve as the Acting Dean of Students and Community Life at Starr King?

The short answer is that the new president, The Rev. Rosemary Bray McNatt, asked me to consider stepping forward to provide this service to my alma mater. I have a soft spot in my heart for Starr King. I knew Rosemary’s work prior to her being invited to be the new president, I was excited about the choice of her as Starr King’s president, and I wanted to support the beginning of this next chapter at Starr King. And, as I mentioned before, I’ve had a long-term interest in strengthening justice ministries; I have seen over the years that nothing substantial happens without effective, committed, and spiritually grounded leadership. So it seemed like an opportunity to step back into the pastoral skills that I can bring to the table while combining them with a desire to help with the formation of religious leaders. This is a critical time in our history, both in the changing life of the church, and as we face climate disruption and structural racism. This is a hugely important time that needs spiritually grounded, connected, and inspired religious leaders. So I’ve not been disappointed with the opportunity to work with Rosemary, and the other fine faculty and staff of the school. The students have also been amazing. And it’s worked well with my personal life, being able to care for an aging parent without the extensive travel of my previous work.  Having worked in both parish and community ministry, I also appreciate this new opportunity to work in academia. I like to grow and learn and bring what skills I have into a new arena. So those are some of the reasons why I decided to say yes.

In addition to serving at Starr King as Acting Dean of Students and Community Life, I was also appointed Visiting Assistant Professor of Faith and Public Life and am teaching an Effective Justice Ministries course. This gave me a front row seat to witness the power of the scholarship, creativity, and commitment of our students who want to make a powerful difference in the world. These students also have a bold affection for one another, and are able to be vulnerable and bring their growing edges into the classroom. Seeing how profoundly the students in my class supported each other’s growth was a very moving, very meaningful experience. When I reflect on my own experience as a Starr King student I know that during seminary you build relationships and friendships with people who will be companions and guides and friends throughout your career. It is really a privilege to watch that unfold right before my eyes – to see students building those kinds of networks and relationships and support, not only to strengthen their mutual scholarship, but also to help each other clarify their respective callings going forward. To be able to be part of that formation in the lives of seminary students is very special.